Sometimes I just get tired and defeated and I want to give up.  It hurts. I have war wounds that never seem to heal. I get delivered from one thing only to be devoured again by something else.  What’s the point of fighting?

I say these things to remind myself that it’s okay to fall short.  It’s okay to be broken and sad about it. Really. It’s okay. This isn’t actually about you.  At least not in the ways you might think. The suffering of the Christ follower always has purpose.

10 So do not fear, for I am with you; do not be dismayed, for I am your God. I will strengthen you and help you; I will uphold you with my righteous right hand.
Isaiah 41:10

I stumble and fall, but I get back up again, even when I don’t want to.  I get up because I am weak and broken and yet I am triumphant. Yes, you heard me right.  It’s about triumph. It’s about trust in that triumph. Pain and failure are always an opportunity to need God desperately and find that He is utterly faithful, utterly strong, and utterly victorious.  Always.

39 The salvation of the righteous is from the Lord;
he is their stronghold in the time of trouble.
40 The Lord helps them and delivers them;
he delivers them from the wicked and saves them,
because they take refuge in him.
Psalm 37:39-40

Jesus looked really, really defeated on that Roman cross.  I think Satan thought he’d actually done it: defeated the King of Kings.  But we all know what happened next. After suffering horrifically, after scourging and mocking and humiliation, after slowly bleeding out and getting weaker and weaker, after agonizing asphyxiation, Jesus allowed himself to die.

And that looked like the opposite of deliverance. Especially when we recall Psalms 37  “…he delivers them from the wicked and saves them…”

Jesus couldn’t have victory over death until he’d experienced it.

21 For to this you have been called, because Christ also suffered for you, leaving you an example, so that you might follow in his steps. 22 He committed no sin, neither was deceit found in his mouth. 23 When he was reviled, he did not revile in return; when he suffered, he did not threaten, but continued entrusting himself to him who judges justly. 24 He himself bore our sins in his body on the tree, that we might die to sin and live to righteousness. By his wounds you have been healed.
1 Peter 2:21-24

But on the first day of the week, at early dawn, they went to the tomb, taking the spices they had prepared. 2 And they found the stone rolled away from the tomb, 3 but when they went in they did not find the body of the Lord Jesus. 4 While they were perplexed about this, behold, two men stood by them in dazzling apparel. 5 And as they were frightened and bowed their faces to the ground, the men said to them, “Why do you seek the living among the dead? 6 He is not here, but has risen. Remember how he told you, while he was still in Galilee, 7 that the Son of Man must be delivered into the hands of sinful men and be crucified and on the third day rise.”
Luke 24:1-7

That pretty much says it all, right?

He gives strength to the weary and increases the power of the weak. Even youths grow tired and weary, and young men stumble and fall; but those who hope in the Lord will renew their strength. They will soar on wings like eagles; they will run and not grow weary, they will walk and not be faint.
Isaiah 40:29-31

So when the time has come to suffer again, and I’m feeling weary from the pain, I will look to the cross of Christ and find my strength.  I will remember the suffering that leads to victory, and my joy will be as Christ’s.  Death isn’t the end. 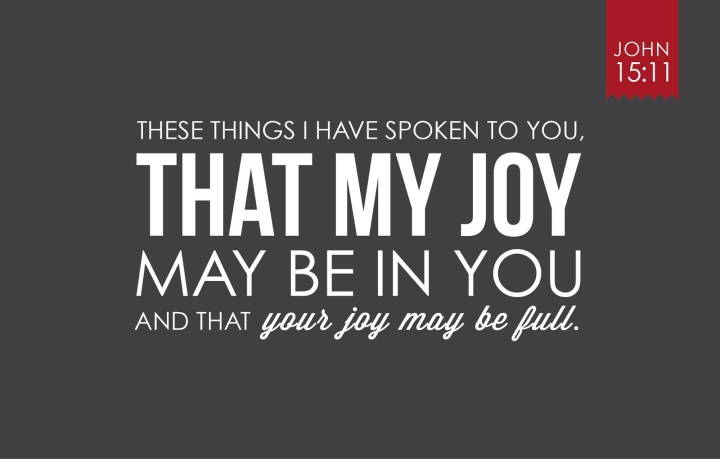